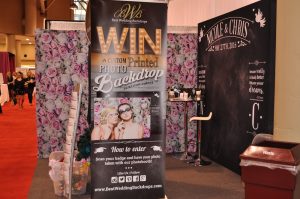 June 15, 2017 – When planning for a trade show, it’s all too easy to focus entirely on the nuts-and-bolts of the show itself. That’s understandable too!  After all, mounting even a small trade show appearance is a huge task that requires a lot of logistics and planning.

However, it pays to also think about matters of promotion and public outreach, to draw in more people and pull more ROI from your booth investment. The social media platform Twitter can be an incredible source of additional promotion and audience investment. From creating publicity prior to the show, to keeping people informed of show events up-to-the-minute, there are plenty of ways to integrate Twitter into your overall exhibition appearance.

Don’t begin by cold-Tweeting on the day of the event. Put your Twitter handle on any promotional materials you produce (posters, emails, etc.) and openly encourage people to start following you before the show starts. Ideally, online engagement should begin at the same time as your other promotional efforts.

Studies have consistently shown that Tweets (and other social media posts) that include graphics are far more likely to be shared among followers – often with increases of 1/3 or more shares. However, be sure you’re uploading the pictures to Twitter itself – rather than linking to images hosted on other platforms – or they may not display properly. 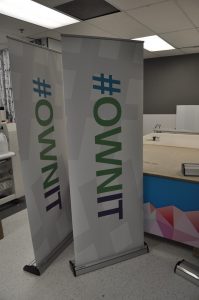 Don’t simply use Twitter to make announcements and such for people at the show. Twitter can be a window into the trade show for everyone who wasn’t able to attend. You can show off your own booth, as well as other notable events throughout the show.

In a best-case scenario, your Twitter feed might even be picked up by other industry outlets, if your overall coverage of the show is good.

It’s not a great idea to just assume staff will be able to Tweet in their spare time, since -if the booth is successful- they might not have any. It’s a clever idea to have one person at the show who is primarily responsible for Twitter and other social media uploads.

This is also important because you should…

Twitter isn’t a one-way medium, and followers will become disenchanted if you (your company) never interacts with them or answers questions. It’s important to spend some time chatting with people on Twitter and addressing any questions or concerns they might have – just like if they were visitors at your real-life booth.

Utilize hashtags related to your booth or to the event itself. However, excessive hash tagging is considered annoying as well as often coming off as a bit desperate. Plus, it’ll cut into the length of your posts. Only use relevant and somewhat shorter hashtags.

There are plenty of free or inexpensive products such as Hootsuite, Buffer, or Social Oomph which allow you to write Tweets ahead of time and schedule them to be automatically posted at specific times or intervals. This is a fantastic way to reduce your Twitter workload at the show. For example, if you know you’ll be hosting a talk at 2 PM, you could schedule Tweets for 9 AM, 12 PM, 1 PM, and 1:45 PM reminding people of the upcoming event.

Don’t try to automate everything, though.  Always leave room for spontaneous interactions.

Just because the show is over, it doesn’t mean your social media engagement must end. The post-show period could be a great time to conduct a public Q&A, or address those comments you didn’t have time to during the show, or -potentially- even use it as a way of connecting with guests you met face-to-face during the show.

As one of Canada’s top choices for all-in-one trade show services, Best Displays is here to help you put on the best possible exhibition appearance in any way we can. From graphic design and printing, to booth creation, to full turnkey logistical services, we can make your next trade show appearance easy and successful!